I acquired this car in Taos, NM from the estate of Richard Tipton in 2011.  The car had been stored outside under cover for 10+ years. Complete except for the half-shafts.  Darn I wish i knew where they are. 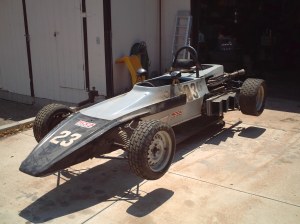 Took the car home and fiddled with it, rebuilt the hydraulic systems.  Tried to start the engine and she started fairly easy once I cleaned the points, corrosion.

Stated to try and find the half shafts and that is hard, so trying to find someone to build new ones.  Work halted to work on the Eldens

This site uses Akismet to reduce spam. Learn how your comment data is processed.